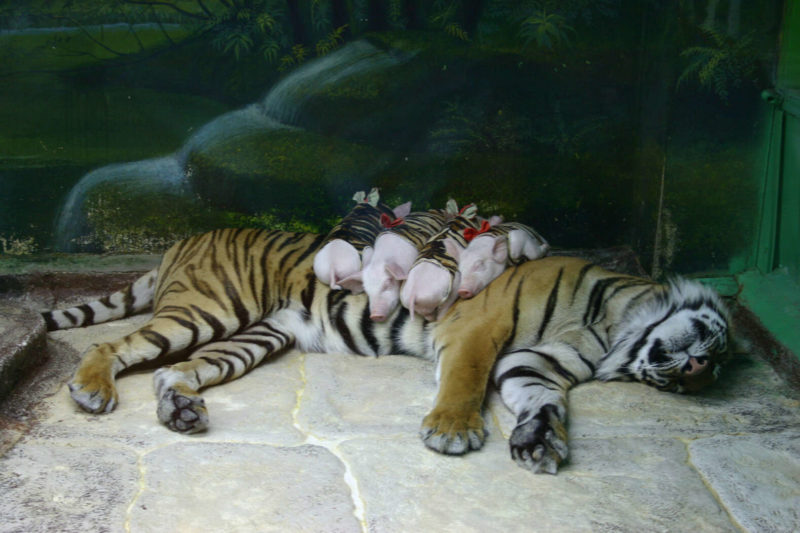 Amazing photos of animals that would never get along together, but against all odds became a family

Have you ever heard the phrase: “Children are not strangers”? We found several photo confirmations of this statement.

If you hadn’t seen these pictures, you would never have believed that such a thing was possible: a tigress takes care of little piglets, 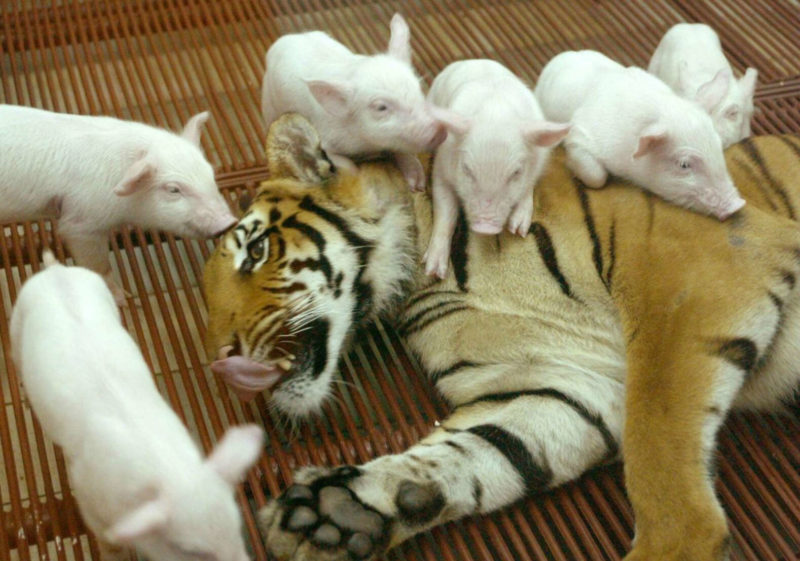 a lion gets along with a dachshund, a turtle, that was too old is friends with a hippopotamus, and a sheep dotes on an elephant.

Strange unions are not possible in principle, but it is these stories that refute all the laws of nature. 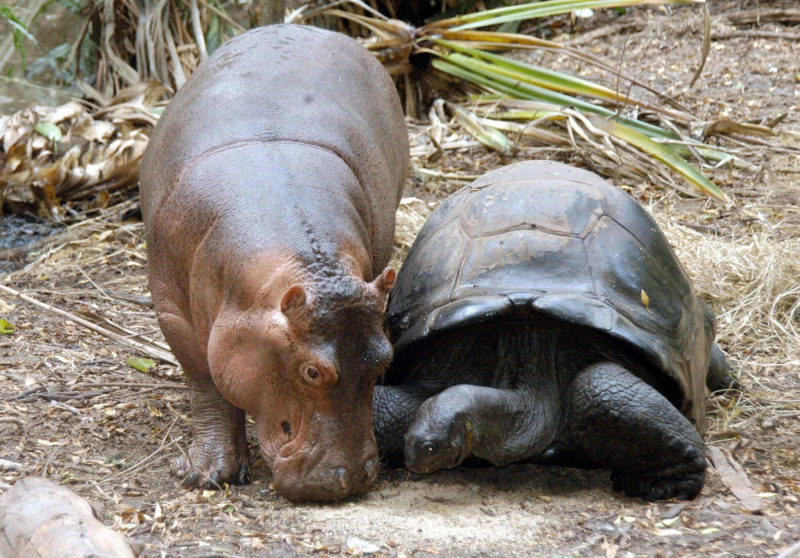 The photos were taken more than 10 years ago in one of the zoos in Thailand. It is known about the tigress that she was fed by a pig for up to four months, so she calmly perceives these animals.

These guys are from completely different worlds, but they are together. The history of this friendship began a long time ago, in 2004. 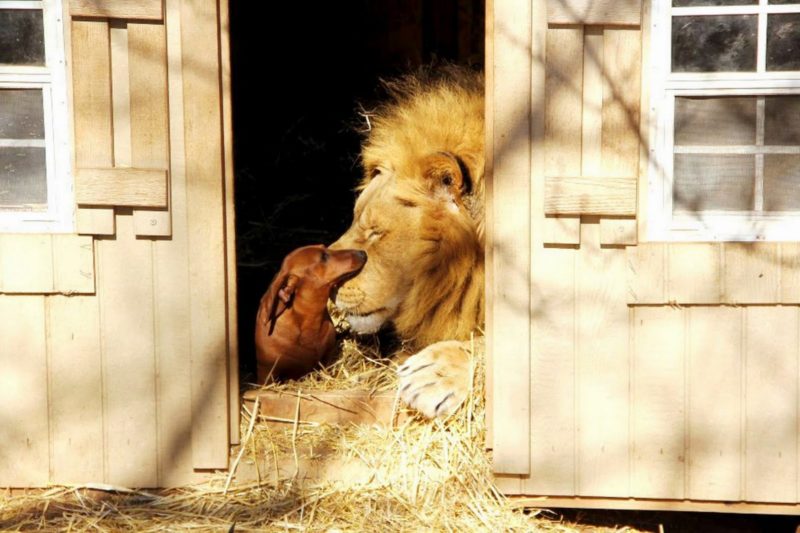 Then, as a result of a strong tsunami, little Owen was left completely alone and almost died. He was rescued and taken to one of the national parks. 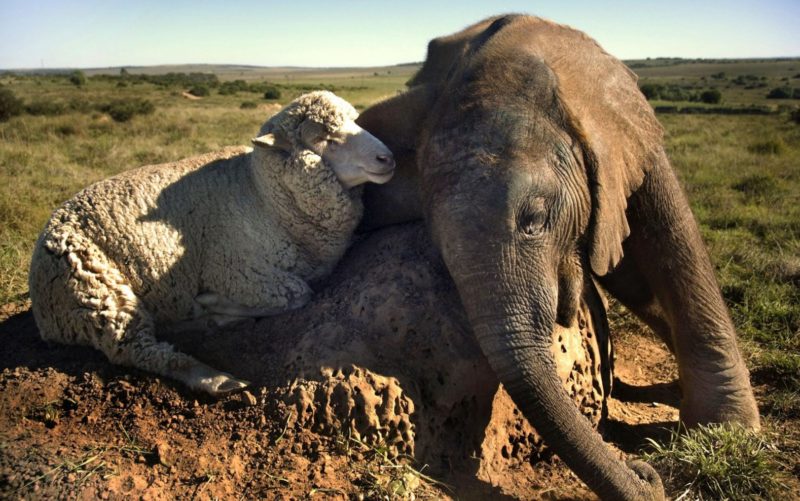 There the hippopotamus found himself in the same animal. He was not very happy about such an acquaintance,

but gradually is used to it and even start being friends with him.