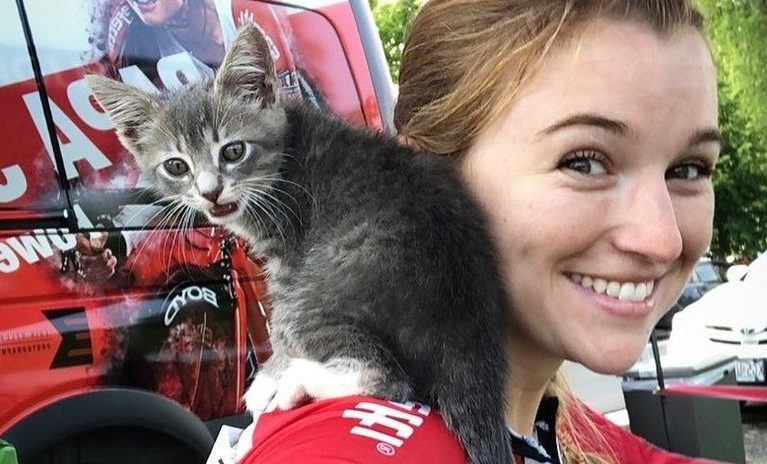 Virginia Kelly, a cyclist from North Chicagoland, was competing in a race. Many riders who’d already completed the race observed a

little kitten hiding from people behind a parked vehicle on the roadside on one of the roads where the exit door was placed. 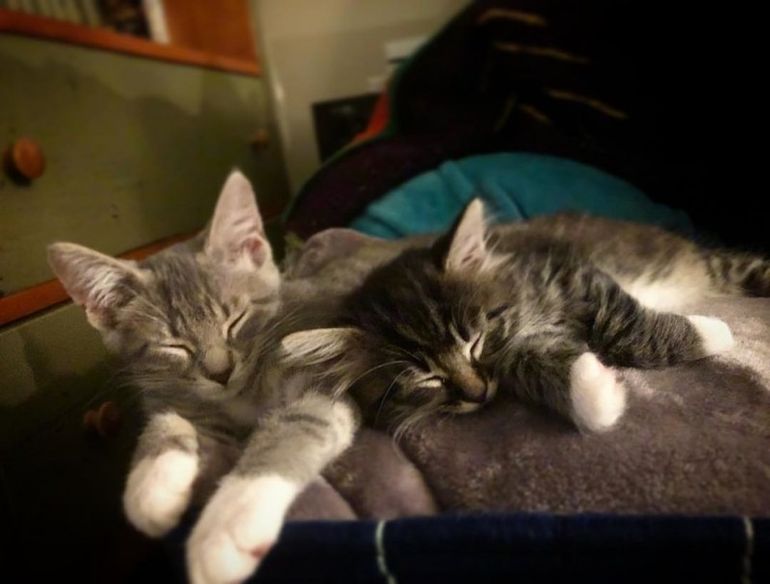 Racers drew a kitten from the crowd and began questioning members of the public about their capacity to care for the infant.

There were no helpers, and the kitten was on the verge of abandoning it on the streets. Maddy Kelley had reached that moment, and she instantly offered to babysit the kitten. 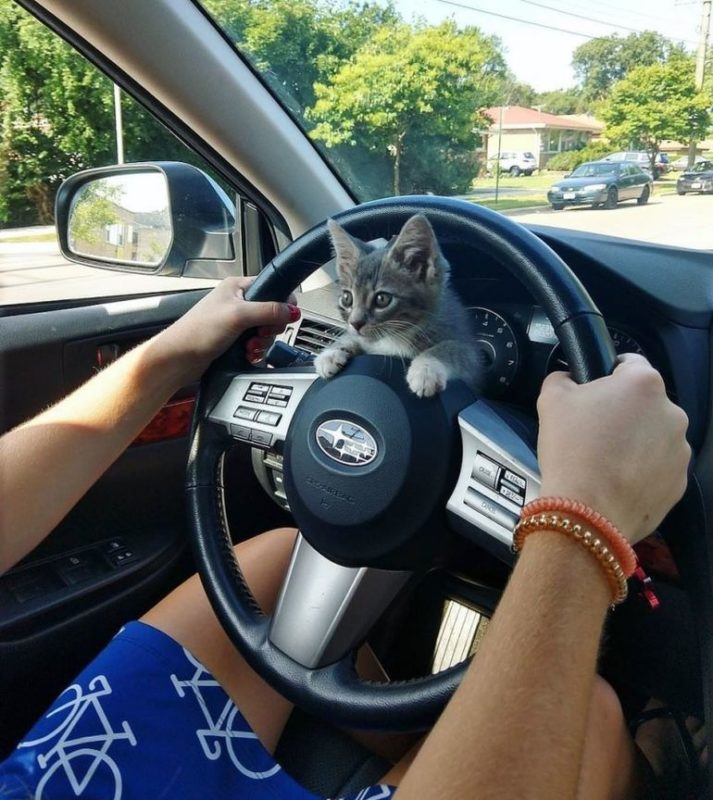 She grew up with a cat but has always enjoyed them. He went onto her neck and sat thereon, inspecting the surrounding, as soon as the girl took the kitty in her arms. 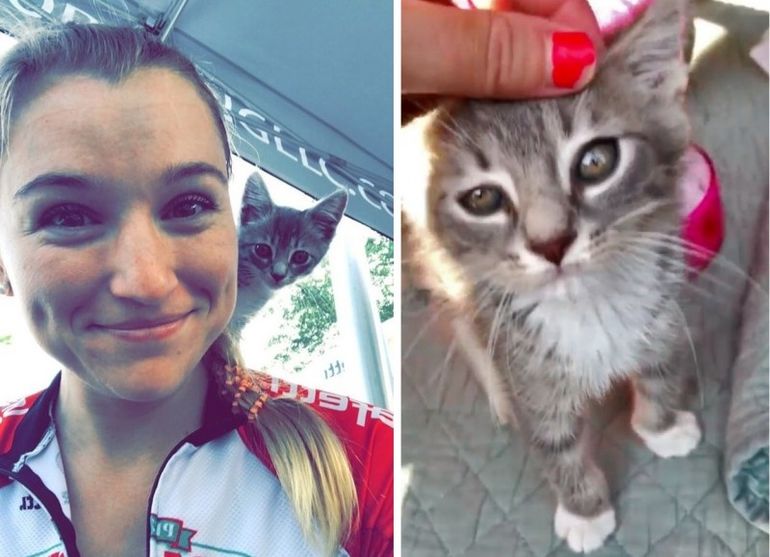 “I didn’t win the race, but I won a nice reward in the form of this tiny stray kitten,” the girl says with a smile. Maddy chose the unique name Pique for the kitty, which means “pole” in Roman. 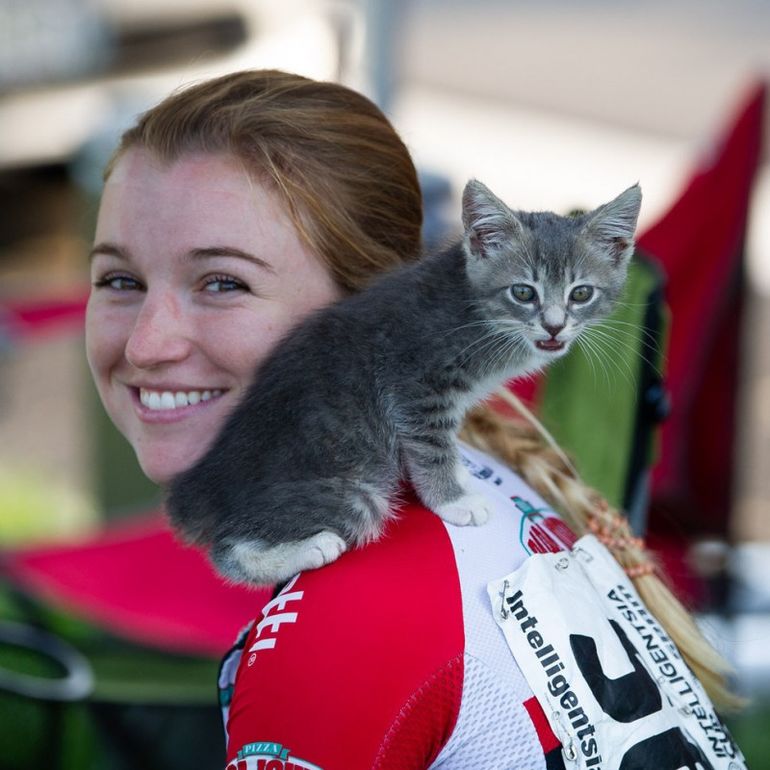 Diablo refused to sit in the passenger seat and attempted to jump onto the steering wheel because when girl drove the kitty to her house in her automobile.

Then he sat on Madison’s lap, purring the entire way. Claire washed and fed the kitten at the house, and he relaxed and relaxed even more. Alba was a very energetic and lively dog.