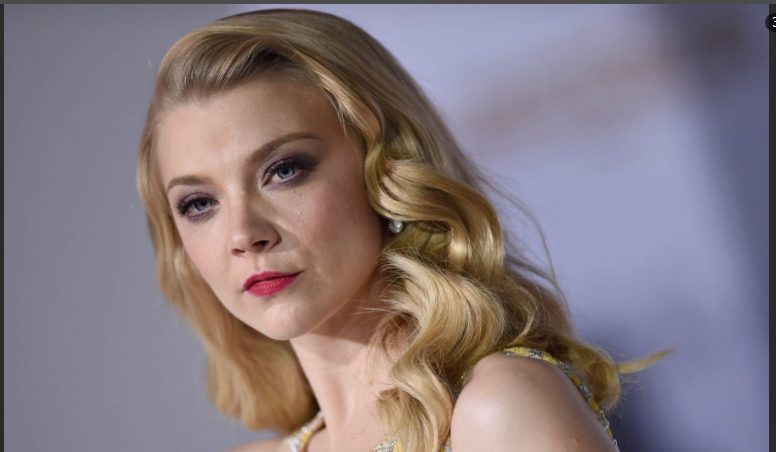 Throughout her rich acting career, Natalie Dormer has portrayed a host of charismatic female characters — from Anne Boleyn in The Tudors to Margaery Tyrell in Game of Thrones, and Irene Adler in Elementary. Her talent is so evident that it’s hard to even imagine that Natalie Dormer wasn’t supposed to be an actress at all but rather a historian.

She felt lonely as a child.

British actress Natalie Dormer was born in Reading, Berkshire. She was, for a long time, the only child of a housewife and a construction worker. When Natalie was seven, she gained a half-sister, Samantha, and then a brother, Mark. The actress admits she had almost maternal feelings for her siblings.

Natalie shared that as a child, she was a tomboy and loved to climb trees. Even though she had a brother and sister, she still felt lonely. So much so, that she spent a lot of time talking to herself. In these moments, she would dress in fancy clothes and imagine herself as someone else. Perhaps it was then that Natalie’s acting talent was born.

She was bullied at school.

Although Natalie admits to being a wild child at a young age, at school she was well-behaved and got good grades. What’s more, she became head girl and vice-captain of the school netball team. Dormer also took dance lessons at Allenova School of Dancing and traveled the world with her school’s public speaking team. Because of this, Natalie often describes herself in her teenage years as the “academic hope” of the family.

However, Dormer notes that she was bullied by her classmates. and “still, to this day, can’t place why.” Though in another interview, the actress says that her distinctive smile was often the focus of children’s teasing.

She failed her A-level history exam and lived in a squat near King’s Cross station.

Because of her academic success at school, Natalie was offered to study history at Cambridge University. However, in her A-levels, she didn’t get the grade she needed because she misunderstood a question. After that, Dormer sent out applications to several drama schools and got into the Webber Douglas Academy of Dramatic Art in London. All the time that she was auditioning, Natalie lived in a squat in King’s Cross.

“At the time it was the end of the world, but it forced me to commit. I always knew I wanted to be an actress. I kept it as a dirty secret in my heart, so instead of going to Cambridge and dallying in Footlights or whatever, it forced me to go, ’This is what I want to do’ and trot off to London.”
Natalie Dormer

Six months after graduating from drama school, Dormer landed one of her first roles. She played Victoria in the film Casanova, alongside Heath Ledger. Director Lasse Hallström was so impressed with Natalie’s performance that he asked the screenwriter to extend her role. However, after the initial success in Casanova, Dormer was unexpectedly left without work for ten months. During this time, she earned a living as a waitress and years later summed it up as “the best lesson” for her.

A real stroke of luck for Natalie was being cast as Anne Boleyn in The Tudors. Playing the iconic character of the English culture made Dormer, in her own words, not only “feel the weight of history on her shoulders,” but also tire of participating in numerous love scenes. Natalie found them difficult, as she was shy.

’It’s handled in a very sensitive, discreet way and Jonathan was incredibly protective and generous with me in that vulnerable state. But people would be amazed at how innocent the process actually is because it’s heavily choreographed.”
Natalie Dormer
She was criticized for her “smirk.”

Natalie has an unusual trait in her appearance — the innate asymmetry of her face sometimes makes the actress appear to be smirking instead of smiling. Dormer admitted that because of this, she was teased as a child but after becoming famous, the criticism only increased.

She once expressed her frustration saying, “It really bugs me the way people criticize how actors look. We’re not models. Models exist. I get accused of having a haughty smugness. I have a lopsided mouth. I can’t help it. I was born with it. It looks as if I am smirking. I have had my publicist tell me,

’Don’t do that smile on the red carpet.’ I’m, like, ’That’s my smile.’” Eventually, fans accepted the peculiarity of Natalie’s appearance and over time, her unusual smile became a piquant feature of many of her characters in films and TV series.

Audiences around the world fell in love with Natalie for her role as Margaery in Game of Thrones.

Audiences and critics alike praised Dormer’s work on The Tudors, after which she was inundated with work offers. She played Moira Nicholson in Agatha Christie’s Marple: Why Didn’t They Ask Evans?, Elizabeth Bowes-Lyon in Madonna’s W.E., and Lorraine in Captain America: The First Avenger. But international recognition came to Natalie when she embodied the character of Margaery Tyrell in the series Game of Thrones.

For this role, the actress was nominated four times for a Screen Actors Guild Award, along with her colleagues on the series. And in 2015, the entire creative team of the show received the Empire Hero Award from the British film magazine Empire. In addition, Natalie won the Ewwy Award for Best Supporting Actress at the end of season three.

In the next few years, Natalie shone in her roles as Irene Adler (or Jamie Moriarty) in the series Elementary, Cressida in The Hunger Games, and Dr. Gina Rose in Patient Zero. She has also tried her hand at theatre playing Wanda Jordan in Venus in Furs, where she met her current partner, actor David Oakes.

She does fencing and runs marathons.

The tomboy inside Natalie didn’t go anywhere. This energy found an outlet in her passion for sports. Dormer studied at the London Fencing Academy and, at the drama school, she was one of the few girls to be trained in advanced martial arts. Not surprisingly, the actress dreams of starring in a martial arts film. As she puts it, “I get a kick out of taking my body out of its comfort zone and pushing myself physically.”

Dormer is also fond of running. The actress confesses that she has always loved this sport and while she was growing up, she was so into it that she even ran cross-country. She once hurt her knee and the doctor advised her to stop running, but Natalie wasn’t keen on the idea and still does it to this day. Occasionally, Dormer even takes part in races. In 2014 and 2016, for example, she ran the London Marathon. She took part in the latter to support charities. Both times Natalie completed the marathon in under 4 hours. 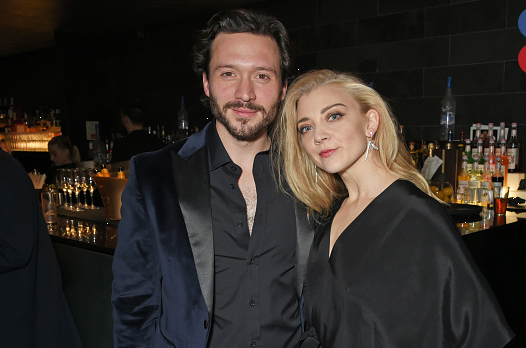 She gave up social media.

Natalie Dormer has no social media accounts. There are a few Instagram and Twitter pages that are maintained by her fans. According to the actress, she is not ready to accept the negative aspects of online life, and Natalie’s work helps her distract herself from everyday life. Therefore, she devotes herself entirely to that. In addition, the actress describes herself as an introvert and says she likes to spend time alone. On stage or on set, she gives all her energy to her work and at home, she just wants to have some me time.

«I am very happy being with the dog on my own, reading a book, or going three days without seeing someone. I like my own company. I need quiet, because when I am on set or rehearsal, I do have high energy, so I need calm and quiet and to be a human being that is removed from my job.»
Natalie Dormer
She recently got married and had an adorable baby girl. 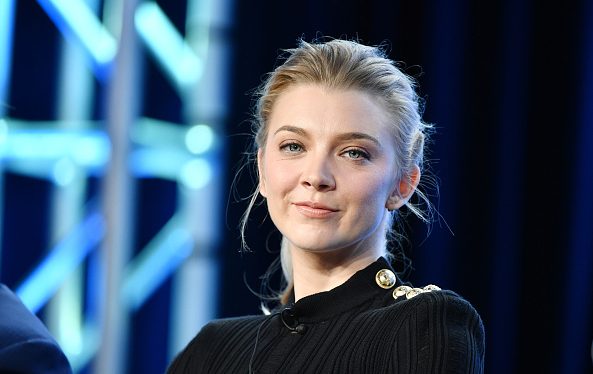 On the set of The Tudors, Natalie met Irish director Anthony Byrne. After a while they moved in together, settling in Twickenham, south-west London. In 2011, while on holiday in India, Anthony proposed to Natalie. However, the couple couldn’t set a wedding date due to their busy schedules at work, and in 2018, broke up.

Then, while working on the theatre production of Venus in Furs, Natalie met actor David Oakes. In January 2021, the couple had a daughter. After the joyous event, the actress took a short break from her career but is now slowly returning to the beloved craft.

Dormer’s last job before going on maternity leave was portraying Magda in the series Penny Dreadful: City of Angels. She is currently filming in Audrey’s Children, where she will star as Dr. Audrey Evans, while also preparing for the role of Carla in the thriller The Wasp. Given Natalie’s incredible energy and charisma, we’re sure that she is yet to have more than one successful turn in her acting career. In the meantime, we look forward to her return to the big screen.

Which of Natalie Dormer’s roles is your favourite?