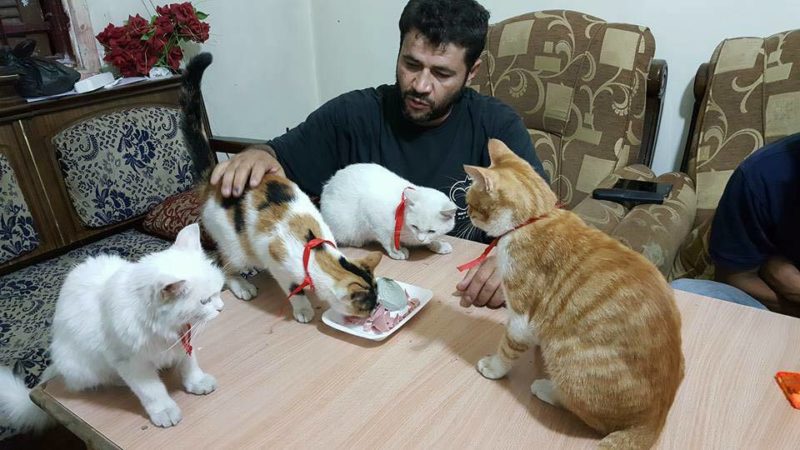 Aleppo, Syria’s regional capital, has been a conflict since 2012, with different factions working for control. Many companies migrated away from the city in quest of a decent society, but they were unable to take their dogs with us.

Although, absent their owner, these poor creatures are just unable to subsist on the roads. A lovely man named M. Aljalee declared he could visit the city to help the stray dogs.

Alaa began with a small group of 20-30 animals, but now he has over 170 cats and even canines under his care. He constructed Il Gattaro d’Aleppo as a shelter for them all. As a result, worried households began leaving their pets to Alaa before going abroad.

Just that little girl wept as she offered him her favorite pet as he told the story. Her folks had made the painful plans to quit the nation, but they couldn’t bring their cat with them. Alaa consented to take a picture of her cats until they reappeared after she requested it. He constantly sends her images of her cat. “Please pledge to return my cat to me,” Alaa entitled.

But he’s not alone; after his former friends fled the country, the cats have now become his new friends. He stated, “No regardless of what occures, I’ll provide for them.” Kindness toward others extends to all living beings.