Cesar, a homeless guy, was carried to a facility in Grande do Sul, Brazil. When the guy grew unwell, onlookers summoned an emergency.

Cesar was being evaluated by physicians and undergoing all required treatments. They were jittery and kept a close eye on the physicians’ conduct. The canines were well-groomed, clean, and fed, indicating that they had been well-cared for.

The doctor initially had no idea where they came from, but it ended out that the entire crowd had chased the ambulances down many streets. Cesar was causing them concern.

Cesar affirmed that they would be his companions when the doctor inquired, and that he was frequently starved himself,

but that he always fed them. He adopted dogs from the streets since no one else wanted them, and they have become his family. 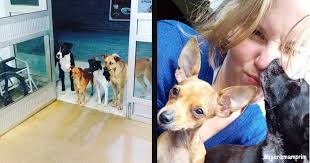 César had already been given housing vouchers on multiple occasions, but he had to decline. Pets were not permitted in the dorms, and he couldn’t abandon his buddies on the streets. 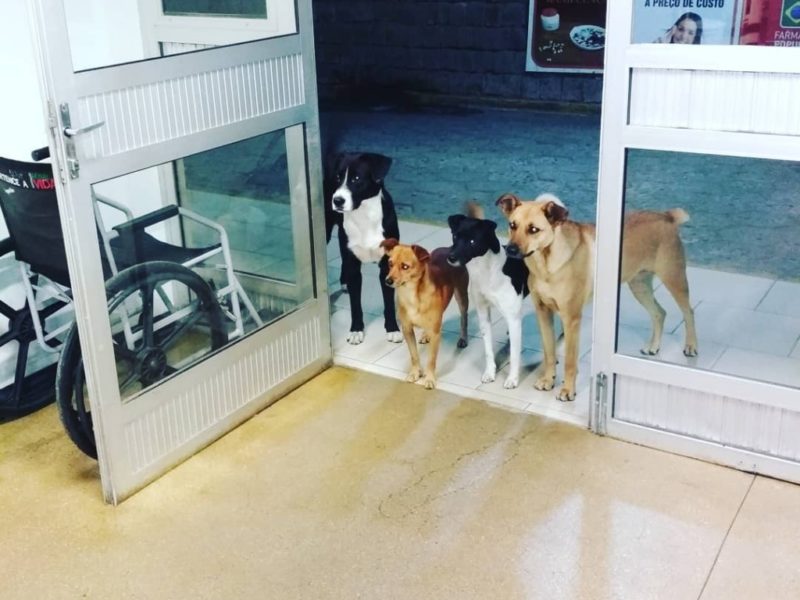 The entire flock went to welcome their comrade once he was rescued and released. The employees were so moved by the narrative that they served the entire organization.

Everyone was moved by the dogs’ appreciation. It’s impossible to abandon such pals