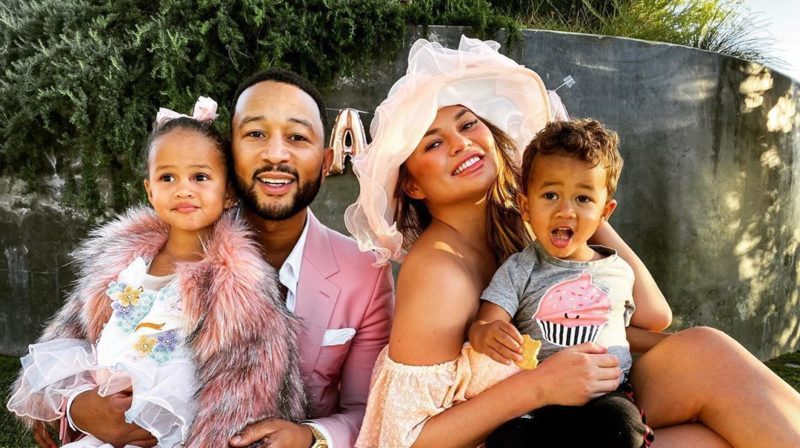 Chrissy’s children came to dad on The Voice

John Legend welcomed two extra special guests—daughter Luna and son Miles—to sit on a chair with him during The Voice.
We’re turning our chairs around for this photo. 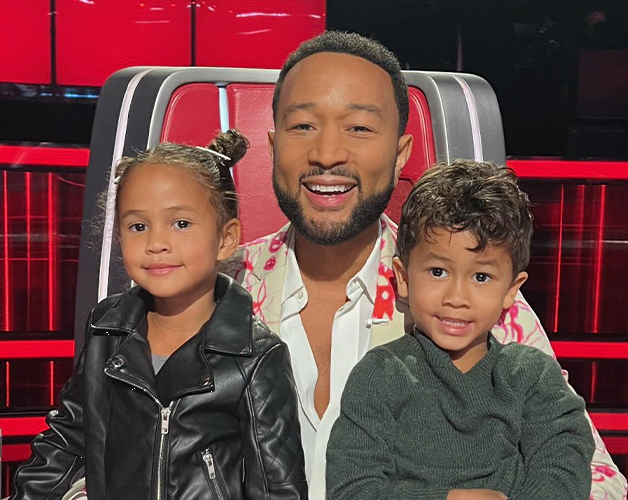 Chrissy Teigen shared a photo of her husband and The Voice coach John Legend on the set of the singing competition alongside their daughter Luna, 6, and son Miles, 4.

In the photo tweeted on Nov. 21, both children sit on their dad’s lap, as John—donning a white and red printed suit—sits on his coach’s chair and smiles into the camera.

Noticeably missing from the family photo is Chrissy herself, who captioned the photo, “(I’m in bed)” with a heart emoji.

The tight-knit family will soon become a party of five, as Chrissy—who has previously been open about her 2020 pregnancy loss—announced in August she was pregnant once again. As the couple prepares to welcome their newest bundle of joy, John shared an update in September on how the family has been navigating the upcoming change.

“Oh, we’re excited,” John said in an interview for Sunday Today With Willie Geist. “You know it’s always a bit of cautious optimism, especially when you’ve lost one before. But we really feel excited.”

Reflecting on the couple’s past loss, John said they’re prepared to start this new chapter in their lives.

“It feels like we learned so much over the years through struggle and through the challenges that we faced,” John shared. “And I think we’ve both grown so much. And we’re ready. We’re ready for a new baby in our lives.”

Ahead of their newborn’s arrival, they are making time to shower Luna and Miles with love too.

“Doing everything in my power to make sure these two know how special they are,” Chrissy wrote in an October post, “before (and after!) new baby gets here.”

To see John embrace his role as a coach, tune into The Voice on Mondays and Tuesdays on NBC.

(E!, Today and The Voice are all part of the NBCUniversal family.)