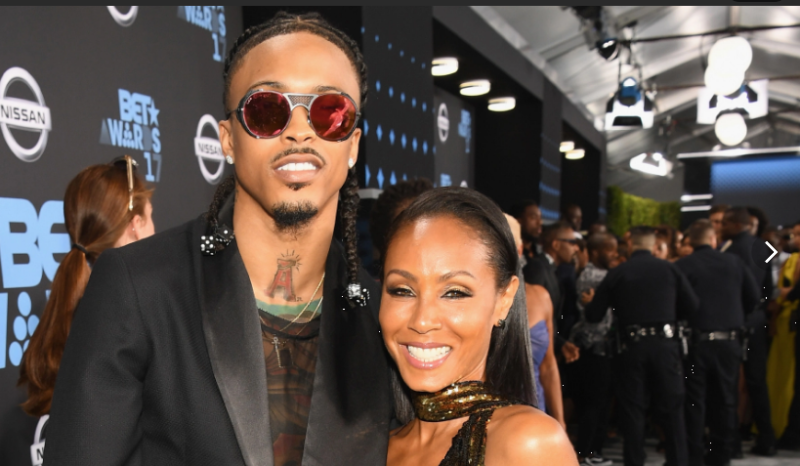 Jada Pinkett Smith’s ex-fling August Alsina appeared to come out as a member of the LGBTQ+ community on Monday.

The Kissin’ on My Tattoos singer, 30, discussed his new relationship while appearing on the reboot of VH1′s The Surreal Life. A man was then pictured sitting next to August, and as the two shared a hug August told him ‘I love you.’

It comes two years after Jada, 51, admitted that she was involved in a years-long affair with the R&B singer, which she famously referred to as an ‘entanglement.’

In the beginning of the clip August was pictured describing wanting ‘a love that feels limitless.’

The scene then changed to the singer sitting in a confessional as he told the camera, ‘And then what do you know? Love showed up, but in a new way.’ 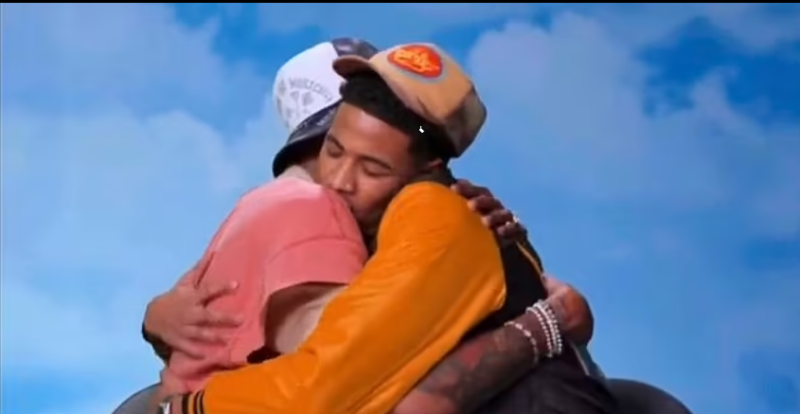 He went on: ‘I want to share that and really honor the person that I love and that loves me back and teaching my so much about love and healing.’

‘I want to do that in front of the world because it defies all the constructs that one would say love is supposed to be or love should look like.’

August did not clarify his sexuality or divulge whether the relationship was a romantic one. 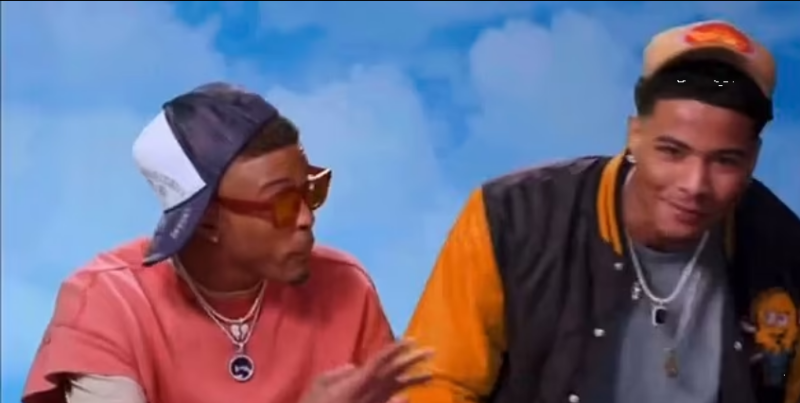 The video ended with a photo of a happy August and a caption that stated he was ‘shedding his old skin, in order to begin again.’

Jada admitted to having an affair with August in 2020, and even had husband Will Smith on her talk show Red Table Talk to discuss it in front of the world last year. It’s also been reported that August – who was only 23 when he first met Jada – is set to write a tell-all book that will go into detail over their sex life. 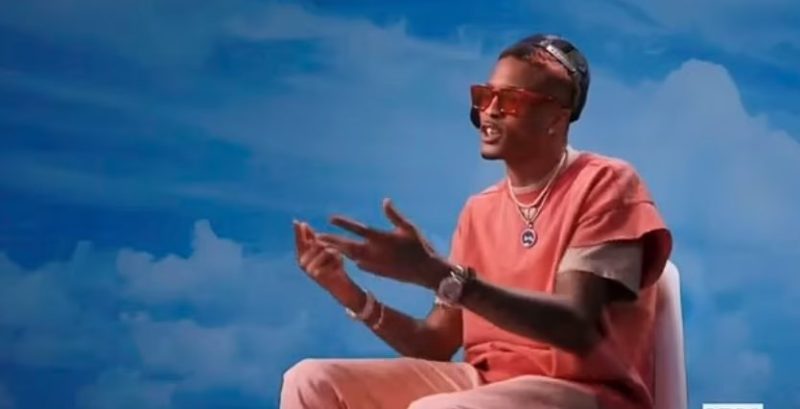 ‘August is getting ready to sign a big money book deal which will detail his romantic liaisons with Jada,’ a source claims to The Sun.

‘He has always maintained that Will gave him permission to sleep with Jada, something they have publicly denied.’

The source adds: ‘August will go into detail about his time with Jada and will also speak about how he spent time living in homes owned by Will when he was away filming.”There are several publishers bidding for the books and August is lining up the best deal. 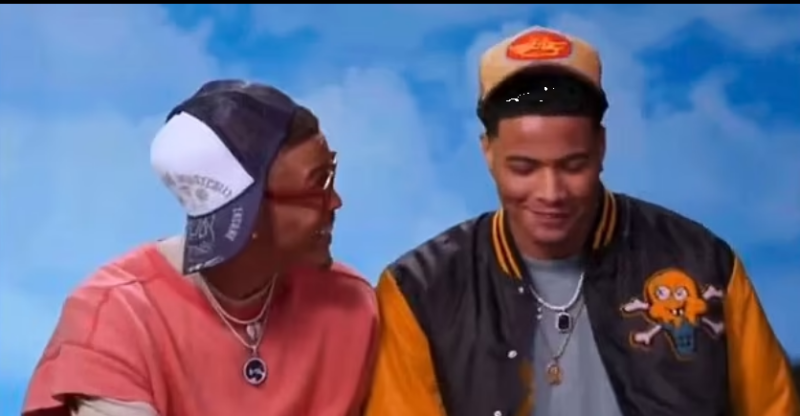 ‘He knows there are a lot of people fascinated by his story and is happy to tell it.’

Last year, Will confirmed that he and Jada have an open relationship, admitting that she has ‘never believed in a conventional marriage’ while promoting his own memoir.

The couple made headlines in July 2020 when they addressed Jada’s affair with August on her candid talk show Red Table Talk. 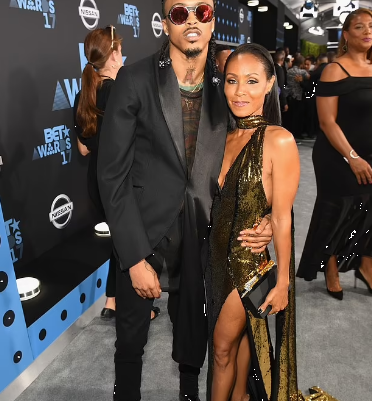 She began explaining the couple met August through their son Jaden, 22, and recalled the singer, who would have been 23 at the time, was ‘really sick’ (as he battled a genetic liver disease.)

Jada said: ‘And it all started with him just needing some help, me wanting to help his health, his mental state.

‘The outpouring for him from our family was initially about his health,’ she said. ‘We found all those different resources to help pull him through and from there you and I were going through a very difficult time.’

After Jada’s confession, Will admitted: ‘I was done with you,’ while Jada added that they decided to separate for a ‘period of time’. 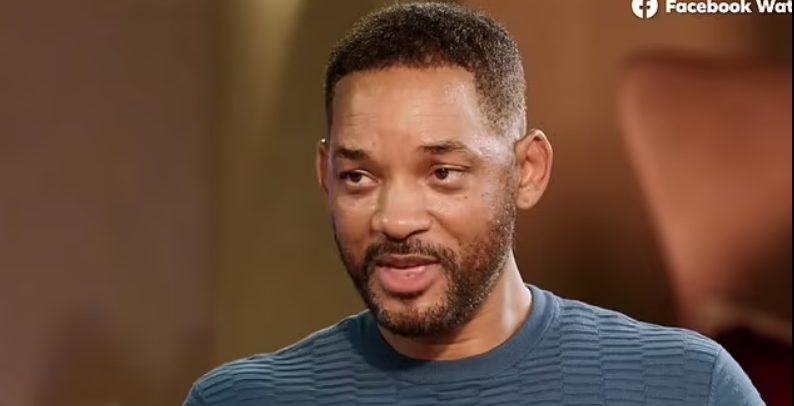 ‘And then what did you do, Jada?’ Will asked, urging his wife to keep talking.

‘As time went on, I got into a different type of entanglement with August,’ Jada explained.

The mother-of-two went on to respond to August’s claim that Will gave her ‘permission’ to have an affair.

When Will pushed Jada to clarify what she meant by ‘entanglement’ she responded, ‘It was a relationship, absolutely.’

Jada continued: ‘I was in a lot of pain, and I was very broken. In the process of that relationship I definitely realized that you can’t find happiness outside yourself.’

She denied August’s claim that Will had given his blessing over the affair and claimed they were separated at the time.

The affair sent shockwaves through the world with many turning to Will to see how the movie star would react.

Curiously, Jada had initially denied August’s claims they were an item, until she eventually confessed saying ‘there’s some healing that needs to happen… so I’m bringing myself to the Red Table.’

CELEBRITIES 0 408
Julia’s twins are 18! Here’s what the actress gave the children on this important
Our Top Posts

Julia’s twins are 18! Here’s what the actress gave the children on this important day
CELEBRITIES
0 408