Isn’t it true that you love the beach? The sunlight, the wind, and the soft lapping of the waves against the coast. It’s heaven, and I don’t know about you, but I think it sounds fantastic.

This dog thinks the same way. 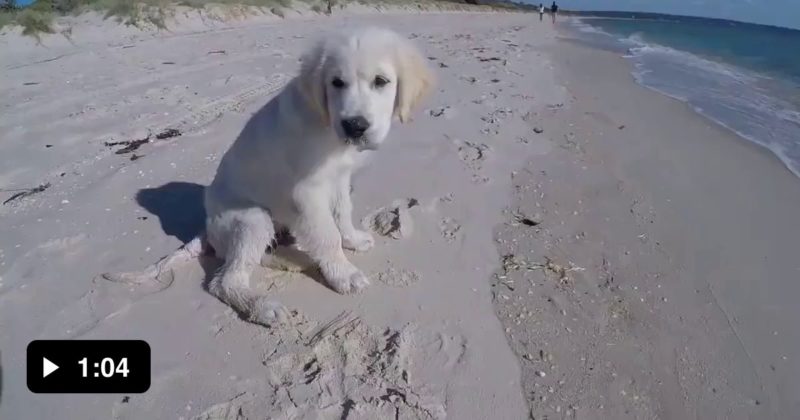 ‘Angus’ is his name. He’s just a newborn Golden Retriever, but he can’t stop playing in the warm sand like every kid.

Castles, of all, aren’t only for children, as any mother, father, or watercolor artist will remind you.

Building castles in the sky is only one of the many activities available. 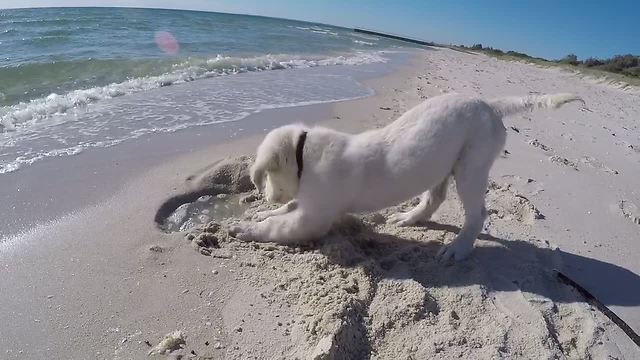 Angus, on the other hand, has the sea to cope with. As quickly as he creates a wonderful hole in the sand, it fills up with water, utterly thwarting his strategies and making him furious! 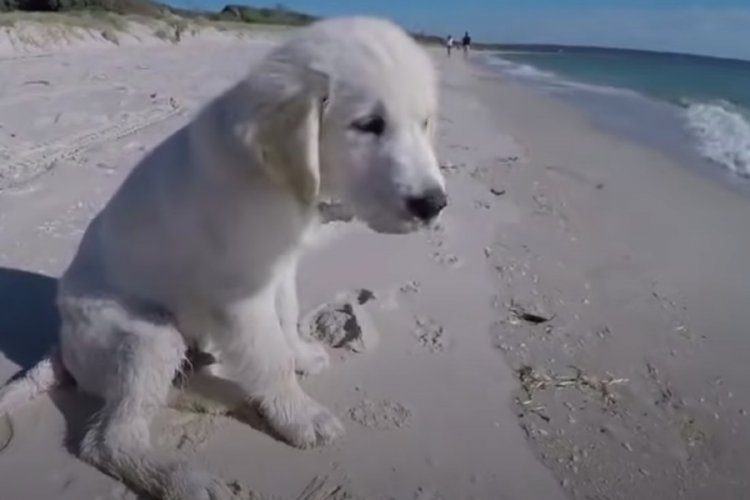 “Hey! What happened to that hole? “How did this seawater get here?” you might wonder. Yes, I believe these were some of the concerns that even this young dog is grappling with.

Just by looking at him, you could tell he is a scholar.

So, how do you deal with disappointment and frustration? Tell your mother! So Angus performs what he does well, which is to bark!