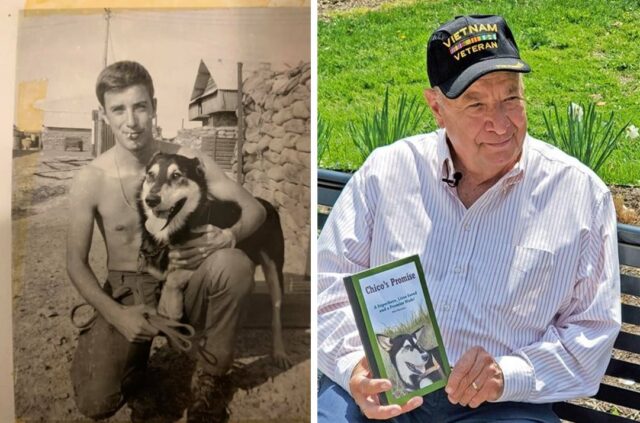 To commemorate the K9 he left alone, a Vietnam soldier resolves to save 51,thousand puppies

Mike Monahan, a Vietnam Former soldier, completed his term of service 52 y ago today. He had to say his final goodbyes to Chico, a trained Army canine on his surveillance squad, on the day that.

Chico rescued Monahan’s life by alerting his squad of trapdoors. 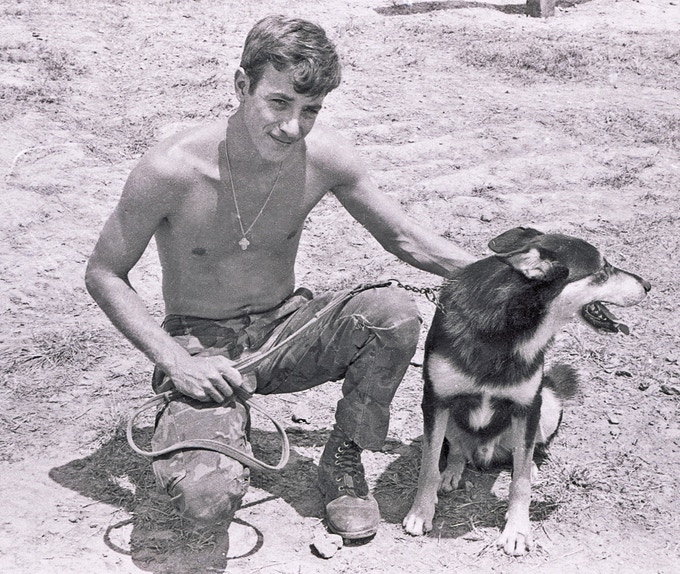 Monahan is still haunted by the shame he feels for abandoning Chico. Chico got brutally euthanized not long before he waved his pal adieu at that prison in Vietnam.

When the US military left Vietnam, several of the canines who had served there died tragically. 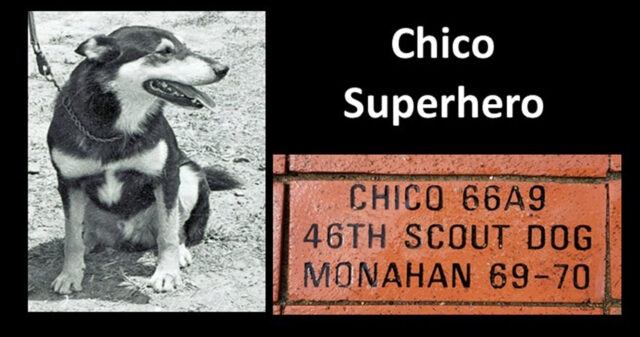 Chico lived in north Carolina with a household while fighting in Vietnam. They regarded his overprotective personality as violent as he grew older and offered him for the US Navy.

Monahan and the dog became colleagues and best college friends. Monahan authored “Chico’s Promise,” a novel from the dog’s view, to commemorate Chico’s commitment all these decades previously.

“One more day, Mike came into my kennels, kneeled beside me, puts his arm over me, and whispered, ‘I love you, I like you boy.’ I’m sad I can’t help you with this; . Chico, I’ll miss you.

I swear not to ever forget wow such a superhero you are already in my eyes because you saved my life.’

‘Monahan, it’s time to depart,’ said a voice. ‘Jeep’s awaiting,’ and it was over, and I was lonely once more. Forgotten.”