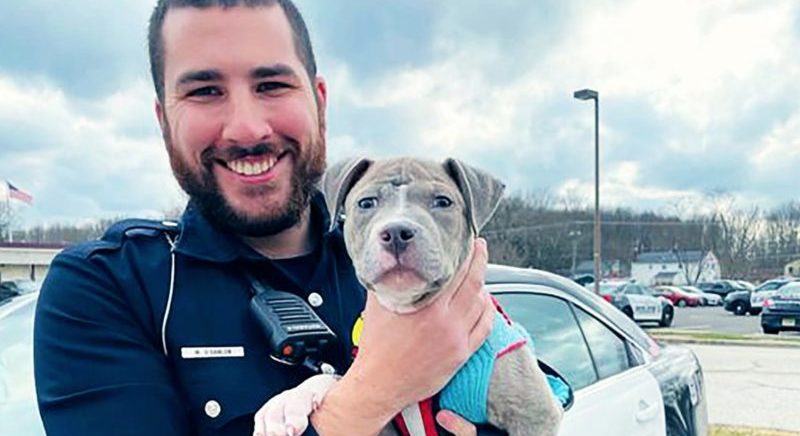 Officer Patrick O’Hanlon of Mt Holly discovered a teacup chihuahua on the sidewalk without either a tag or with a cut on his forehead the year before.

He scooped him up and drove him to the closest hospital for medical attention. In most circumstances, such stories should finish here, and not on this occasion. 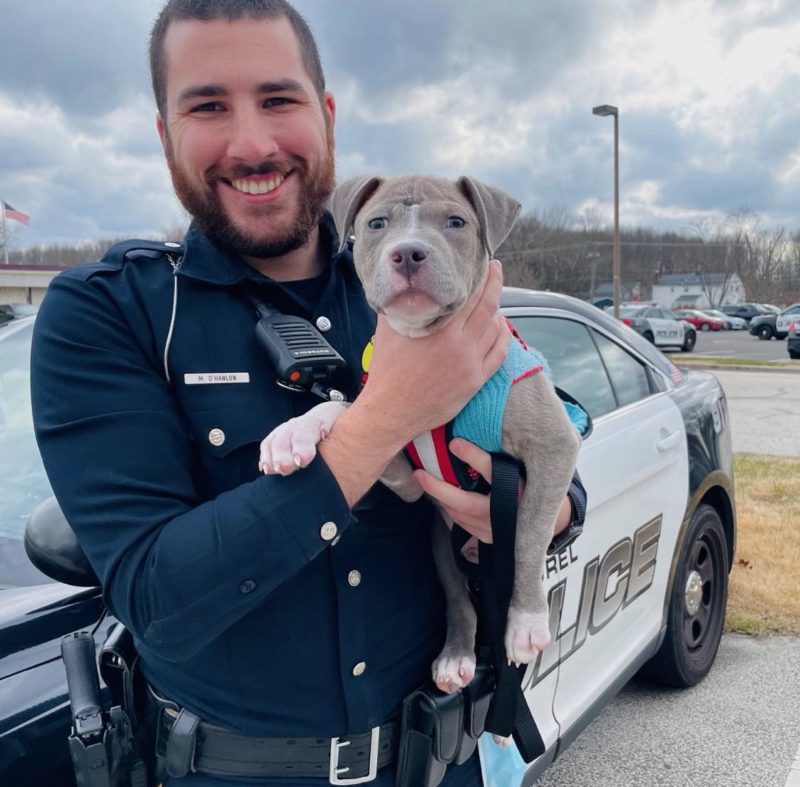 The cop had been thinking of getting a dog for a long time and couldn’t quit worrying about it. He contacted the shelter 20 minutes after leaving the dog and stated he was going to take the little pup.

Staff at the shelters cleaned the laceration and performed a passport scan on the puppy. They then waited for the homeowner to arrive, and he never really did.

As a result, the policeman went back to the sanctuary and acquired a 3-month-old dog. Thor was the animal’s new nickname.

The cop has no idea what Thor’s existence was like until he met him, but he is confident in the puppy’s prospects. He will be pampered and content for the rest of the time.

We can see a lot of history like that this about how is human kindness helps alone animals and they find each other are finding new reasons for their lives.